Football Index and the future of UK Gambling

An independent report, led by Malcolm Sheehan QC, into the regulation of BetIndex Limited (“BetIndex”), the company that operated the Football Index online platform, has been published (the “Report”). The Report can be accessed on the Department for Digital, Culture, Media & Sport website.

The Report found that BetIndex failed to inform the UK Gambling Commission (the “Commission”) of the exact nature of the product in its initial licence and also failed to notify the Commission of significant modifications to the product, namely the introduction of an ‘instant sell’ function in 2016. The Report concluded that the Commission was slow to react to challenges posed to consumers by the novel product and that the Financial Conduct Authority (the “FCA”) – although not formally responsible for regulating Football Index – should have acted more quickly and with greater clarity in response to the Commission’s requests.

BetIndex was incorporated in Jersey in July 2015.  It was granted a gambling licence by the Commission in September 2015, under which it operated Football Index, a product that evolved over time and included features that were said to mirror investing on a stock market.  Much of the terminology used on its official website echoed terminology used in financial markets and it was occasionally branded as a football “stockmarket”.

The idea was simple. Customers – referred to as ‘Traders’ – were able to buy shares in individual football players, much like individuals buy shares in a company. BetIndex would issue multiple shares in respect of any given player, thereby controlling supply, and each share would expire three years from the date on which it was purchased.  Customers would receive dividends paid out by BetIndex based on player performance on match days and their presence in the platform’s media rankings. Effectively, customers were betting on the future value of individual players.

As the product developed over time, customers were granted the ability to instantly sell their shares before their expiration either to BetIndex directly or, via BetIndex, to other traders.  BetIndex derived its revenue from ‘minting’ and selling newly created shares, and from the commission earned on sales of shares between customers.

It is reported that the platform had over half a million users by the middle of 2019 and that over the course of the 2018/2019 football season, over £300 million was traded on the platform with over £4 million paid out to traders in dividends. Football Index even sponsored and appeared on the official club kits of Nottingham Forest FC, Bristol Rovers FC and Queens Park Rangers FC between 2018 and 2020.

The Commission was warned in January 2020 that Football Index was a dangerous pyramid scheme which would rapidly find itself unable to pay its liability (i.e. dividends to customers) in the event that user growth slowed or came to a halt. In that month alone, 20,000 new traders joined the platform.

On 18 March 2020, however, the function allowing traders to instantly sell their shares back to BetIndex was suspended due to the impact of the pandemic. The platform treated the initial lockdown period during which all football was suspended as a longer ‘off season’ and, consequently, the number of monthly new joiners is reported to have reduced by up to 90%.

During this time, the Commission conducted multiple compliance assessments with the aid of BetIndex. Following these assessments and leading counsel’s advice provided to the Commission confirming that the platform fell within the definition of regulated activity under Financial Services and Markets Act 2000 (“FSMA”), on 20 May 2020, the Commission notified BetIndex that it would be undertaking a formal licence review under section 116(2) of the Gambling Act 2005.

Meanwhile, BetIndex increased dividend payments by around 30% in July 2020, coinciding with the resumption of the football calendar. Traders were, however, unhappy with this increase and so BetIndex increased dividends again in August 2020 by around 100% compared to the previous season. In September 2020, the FCA stated that the shares traded on the platform were likely to fall under FSMA and therefore the platform should be regulated by the FCA itself. The Commission’s leading counsel maintained his previous view that both the Commission and the FCA should have regulatory oversight of Football Index.  Discussions between the FCA, the Commission and BetIndex continued for the remainder of 2020 and into 2021, but no decisive action was taken.

On 5 March 2021, the BetIndex’s board announced severe reductions to the amounts that could be paid out in dividends “in order to ensure the long-term sustainability of the platform”. This caused panic amongst customers and led to large selloffs, effectively mimicking a run on a bank. The value of shares collapsed, resulting in the company entering administration and having its gambling licence suspended by the Commission on 11 March 2021, with the Commission’s full licence review still ongoing.

Due to the appearance of being an “investment” product rather than a gambling product, many customers had readily invested large amounts of their savings into the platform. According to BetIndex itself, the total market as of 31 March 2020 was £132,643,784, a figure which represented the aggregate value of all trader portfolios. Due to the platform’s model, it was simply not possible for BetIndex to liquidate its customers’ assets (i.e. individual portfolios) simultaneously due to insufficient cash reserves.

Many individuals lost everything when the share price collapsed in March. A letter written by a number of MPs to the Prime Minister in April 2021 described Football Index as “operating a ‘fraction reserve banking’ system, where only a portion of users’ money and overall ‘Market Cap’ was available to withdraw at any one time.” The group of MPs argued that the product should have been subject to liquidity controls and capital ratios and, by extension, ought to have been regulated by the FCA.

Perhaps the main criticism set out in the Report is that Football Index was marketed and operated as a financial investment but regulated as a gambling product. Even Adam Cole, founder of the platform, explained in June 2020 that the Commission didn’t fully understand Football Index’s business model.

It is this disparity that convinced many individuals to part with large sums of money while simultaneously precluding the same individuals from benefiting from protection afforded by the FCA. The Report found that the Commission did not consider the aspects of Football Index which resembled a stock market at the initial licensing stage.

The Report also found that once the Commission became aware of elements of the product which fell outside of its remit, it took too long to take decisive action for fear of creating panic amongst customers. Football Index itself was criticised for failing to obtain a licence that matched the terms upon which it operated its platform.

The findings of the Report have been published at a time when the UK’s gambling industry is already under pressure from legislators and other stakeholders.  In the wake of tighter restrictions being imposed on the maximum amount that bettors can place using fixed odds betting terminals in 2019, the Department for Digital, Culture, Media & Sport is expected to publish its findings of its extensive review of the Gambling Act 2005 by the end of this year or in early 2022.

It is widely anticipated that the review will, amongst other things, recommend that new legislation be implemented preventing football clubs from displaying front-of-shirt logos of gambling providers. The review may also recommend imposing a wider ban on betting advertising in sport generally, including on television advertisements and pitchside hoardings at grounds.

Such a ban will have a substantial financial impact on a number of British football clubs and competitions. As things stand, nine of the twenty Premier League clubs and six of the twenty-four Championship clubs have front-of-shirt logos of gambling providers. Stoke City FC’s stadium was renamed the Bet365 Stadium in 2016, having been called the Britannia Stadium since 1998. The main sponsor of the Championship, League One and League Two has been Sky Bet since 2013. It is no surprise that many clubs across League One and League Two also maintain sponsorship links with gambling providers. These organisations may well be forced into finding alternative sponsors to plug the gap left by any ban.

Bolton Wanderers FC announcing in September 2021 that it would be cutting all commercial ties with betting providers – not just shirt sponsorship – perhaps provides a glimpse of the not-too-distant future of football sponsorship. Whether clubs higher up the football pyramid benefiting from more lucrative gambling sponsorship arrangements are as willing to forgo the revenue, however, remains to be seen.

The current Premier League Rules afford some protection when it comes to arrangements between clubs and gambling company sponsors, ensuring that the latter must enter into a separate agreement directly with the league to provide accurate and complete information in the event of an investigation into any breach of the rules and to prevent any form of gambling on certain youth team fixtures.  Each club is also required to educate all Academy players on the risks of gambling. It is unclear whether the Premier League will have to increase the scope of these protective measures in the near future.

It is clear, however, that the commercial ties between gambling providers and football clubs is weakening.  In the 2020/2021 season, visible gambling sponsors appeared on the shirts of nine Championship clubs, compared with six this season. This is likely due to both the legislative writing on the wall and the shift in public opinion.

However, in addition to standard gambling services, football clubs have more recently begun partnering with providers of alternative financial products and services, such as cryptocurrencies, spread betting and other unregulated investment schemes.  Given that those products and services are more appropriate for experienced, sophisticated investors, rather than consumers, they may present a risk to football fans who invest without understanding the nature of the product in question.

The issue of addiction in relation to gambling is being treated extremely seriously by the current government. This prevailing attitude will likely force gambling providers to rethink their marketing strategies and will drive sports organisations reliant on funding from such sources to look elsewhere to remain competitive.   Entering or renewing existing commercial arrangements with gambling providers is a decision that should not be taken lightly. 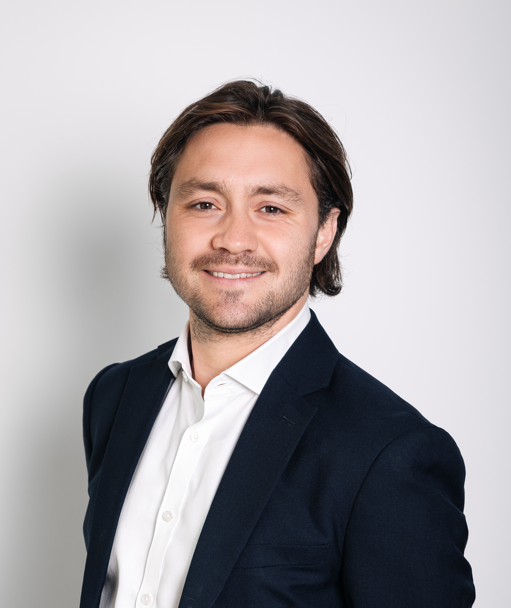